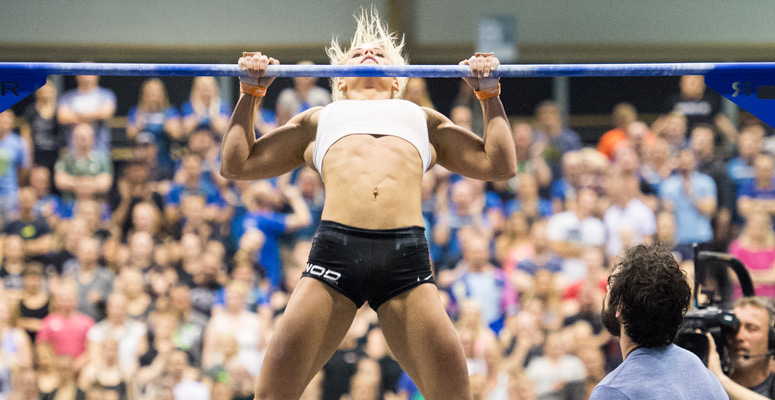 Sara didn’t come from much of an athletic background, but began weightlifting and CrossFit just over 3 years ago. As Sara says, she used to be a fat kid and finding CrossFit has been a life changing experience for her. She is a full time CrossFitter and has also become a personal trainer. Sara is a phenomenal, powerful and unwavering athlete which we can bet won’t stop till she is standing in 1st place on the podium at the CrossFit Games. Go Sara Go!

One must train like the mountain to become a mountain. – Sara Sigmundsdottir

Sara does multiple workouts in a day 3+ times a week and typically rests 4 or more days per month. She swears by her Compex Wireless Muscle Stimulator and uses it daily between sessions for strength and recovery. She eats quality food but doesn’t measure the amount and she trains with and without a coach. Saras box is CrossFit Sudurnes in Reykjanesbaer, Iceland where she trains and coaches.