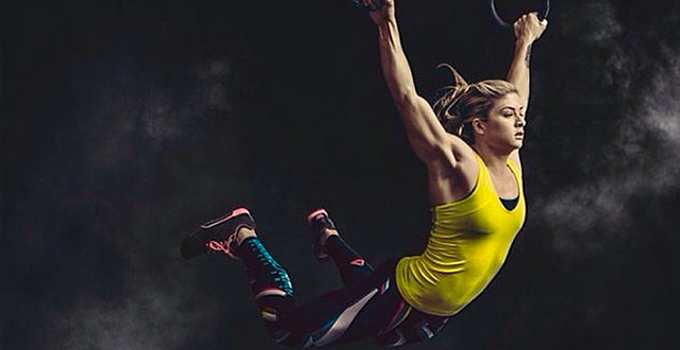 Lindsey has had a life changing experience due to CrossFit. She continues to prove she’s a force to be reckoned with, she’s a relentless competitor and we’re excited about her return in 2017. We believe she’ll come back stronger, faster and fiercer than ever before. Bring on the #ComeBackTour!

Lindsey takes her nutrition very seriously. Up until pregnancy she always ate paleo and allowed herself one cheat day a week. In the past she’s had help from Chef by Request which made eating paleo much easier with her hectic lifestyle. For a year and half pre pregnancy Lindsey worked with weight management coach Mike Dolce, creator of The Dolce Diet. She also swears that The Dolce Diet was the reason why she was able to make it back to The Crossfit Games. While pregnant Lindsey listened to her body, her diet changed a little, but she focused on eating as clean and healthy as possible. Lindsey also loves to get a 30 – 60 minute weekly massage to get back in touch with herself, for some relaxation and meditation time.

Lindsey trained at Valley CrossFit alongside some of the best female CrossFitters in the world. She also worked with world famous Olympic lifting coach Bob Takano at CrossFit High Voltage. Lindsey went on to train with coach Dusty Hyland at DogTown CrossFit in Culver City, California. In August 2015, Lindsey and her business partner James Townsend opened their own affiliate Autumo CrossFit in Moorpark, California. A dream of Lindsey’s which finally came into fruition at the perfect time. Since the move Lindsey has managed, coached and trained at Autumo CrossFit full-time. While Lindsey was pregnant she toned down her training, used BIRTHFIT and trained alongside co-owner James, modifying some of HyperFit USA’s programming.