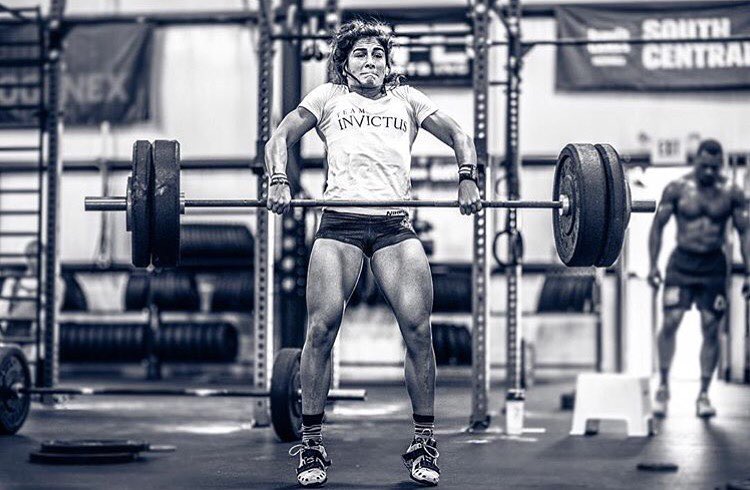 Lauren Fisher is not your average 22 year old, born and raised Californian. No, she’s definitely far from it!

All through high school Lauren was a champion basketball player. She implemented CrossFit into her training at age 14, and made the full switch from basketball to CrossFit at the age of eighteen. As a senior, Lauren then qualified for the CrossFit Northern California Regionals and finished 12th overall, a stunning performance for such a young athlete. Lauren also has a talent for Olympic weightlifting, which led her to pursue it competitively with appearances at the American Open and Junior Pan Am Championships with Team USA. In 2014 she went on to win Best Female Lifter and the national title at the USA Weightlifting Junior National Championship. What Lauren lacks in age, she clearly makes up for in drive and her winning track record.

As a professional Rogue athlete, Lauren’s versatility and boundless potential make her a name to remember in years to come. Lauren first competed at the 2013 CrossFit Games with CrossFit Invictus in the team event, coming in 7th place. She then qualified for the first time as the youngest woman athlete to compete at the 2014 CrossFit Games, finishing as the 9th Fittest Woman in the World. She competed again with CrossFit Invictus in the team event at the 2015 CrossFit Games, finishing 13th place. This year at the ripe age of 22, Lauren took out 1st place in the 2016 California Regionals and came in 25th place as an individual competitor at the 2016 CrossFit Games.

Lauren is currently competing and winning in many other CrossFit and Olympic lifting competitions worldwide. We believe that in the near future this young lady will achieve her dreams and reach her goal of making Top 5 at the CrossFit Games, and also competing at the Olympics for the USA in weightlifting. We’re huge fans of Lauren and can’t rave enough about this fierce, focused, dedicated, positive, passionate young athlete and role model. She is already a true winner and champion in the world of CrossFit!

Failure happens to everyone at some point in their life and it has happened to me more times than one. #GrownStrong – Lauren Fisher

Lauren eats alot and doesn’t do strict paleo. After working with a nutrition coach at WAG she knows exactly how much to eat. Dialing in on her nutrition and tracking her macros ensures her body is fuelled for maximum performance and she sees the benefits in her training. Lauren believes that as a CrossFit competitor athletes can’t perform off of a strict paleo diet, since you need lots of carbs to perform to your full potential, otherwise your body will crash. Lauren’s daily breakfast consists of 3 eggs, lots of grilled veggies, 3 sausages or bacon, oats with cinnamon and blueberries, and green tea. She eats rice and sweet potatoes throughout the day, along with protein shakes and herbal teas. She eats lots of veggies, ground beef, chicken, turkey meat and salmon. Lauren loves her cheat days and enjoys ice cream or pizza whenever she feels like it. We are all about Lauren’s moto… “Do what your body needs to perform the best.”

Lauren trains multiple times a day, early in the morning and again in the evening, around a full class schedule. She is highly proficient at gymnastic movements like pull-ups and strict handstand push-ups. Lauren trains with Invictus coach CJ Martin, who saw her strength and mental toughness immediately when she began training at his gym. Lauren’s box is CrossFit Invictus in San Diego, California.