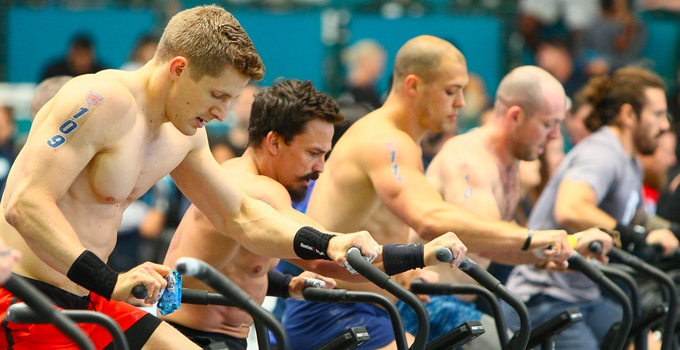 What happened at the first ever West Regional?

Emily Abbott took the West by storm, and was good for the show, being the only woman finishing above 500 points. Taking first place in Event 2 and 6, we sure thought she earnt her number 1 spot on top of the podium. This would of been Emily’s 5th consecutive CrossFit Games appearance, however in light of recent drug testing, she will not be competing at the Games this year due to her disqualification for breach of the CrossFit drug policy.

Brent Fikowski was the guy everyone expected to win and showed us that he was more than the endurance guy. He wasn’t on top of the leaderboard as early as we thought he would be, he pulled back in Event 1 but he struck where he needed to later in the weekend. He had a plan and wound up taking 1st and breaking an event record in Event 5, and 2nd place in Event 6, which was what he needed to be crowned The Best from the West.

Rebecca Voigt made the comeback of all comebacks, setting the record for the biggest single day comeback on the final day of competition. This not only secured her 4th place overall, but this year will be her tenth consecutive year of competition at the CrossFit Games.

Josh Bridgers put up a good fight, but not everything went to plan. However, he had a fun weekend and secured his spot at the Games, taking 3rd place overall.

Despite a disappointing start to the weekend, Cody Anderson took 1st place in Event 3 and 2nd in Event 4 which was enough to secure his 4th spot overall at the West Regional.

Meredith Root takes the last qualifying spot to the 2018 CrossFit Games now that Emily Abbott has been disqualified from the Games. We believe Meredith has a bright CrossFit Games future.

A familiar name but new team, Invictus X took 1st place in Event 3, 4 & 5 which crowned them overall winners. They also set an Event 4 record and set a new mark to beat. And Team Invictus scraped into 5th place overall which means they are heading back to the Games for their 9th year in a row.

The West was exciting as $&@! and we were on the edge of our seats the entire weekend.